Shoe flinging or “shoefiti” is the practice of throwing shoes whose shoelaces have been tied together so that they hang from overhead wires such as power lines or telephone cables. The shoes are tied together by their laces, and the pair is then thrown at the wires as a sort of bolas. This practice plays a widespread, though mysterious, role in adolescent folklore in the United States. Shoe flinging has also been reported in many other countries. 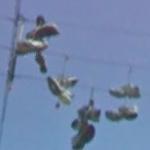 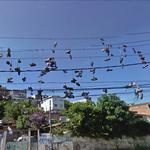 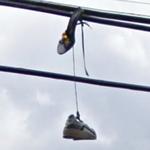 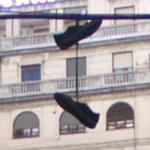 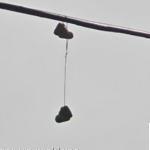 © Google Maps
Someone lost their shoes? 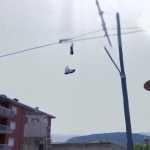 © Google Maps
Something strange in the sky