Os Gêmeos (Portuguese for The Twins) are graffiti artist identical twin brothers (born 1974) from São Paulo, Brazil, whose real names are Otavio and Gustavo Pandolfo. They started painting graffiti in 1987 and gradually became a main influence in the local scene, helping to define Brazil’s own style. Their work often features yellow-skinned characters – taken from the yellow tinge both of the twins have in their dreams – but is otherwise diverse and ranges from tags to complicated murals. Subjects range from family portraits to commentary on São Paulo’s social and political circumstances, as well as Brazilian folklore. Their graffiti style was influenced by both traditional hip hop style and the Brazilian pixação movement. 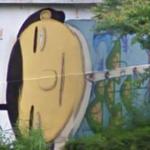 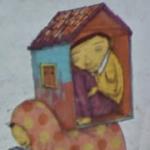 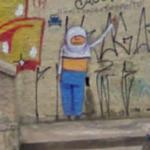 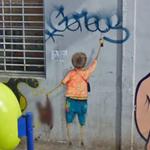 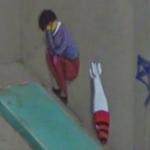 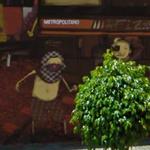 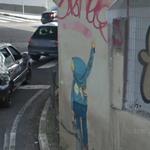