The Avro Shackleton was a British long-range maritime patrol aircraft for use by the Royal Air Force and the South African Air Force. It was developed by Avro from the Avro Lincoln bomber. It was originally used primarily in the anti-submarine warfare (ASW) and maritime patrol aircraft (MPA) roles, and was subsequently adapted for airborne early warning (AEW), search and rescue (SAR) and other roles from 1951 until 1990. It also served in the South African Air Force from 1957 to 1984. The type is named after the polar explorer Sir Ernest Shackleton. 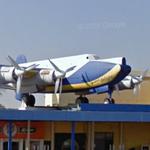 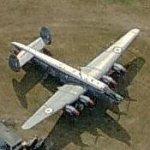 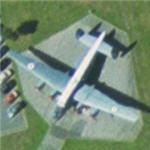 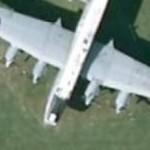 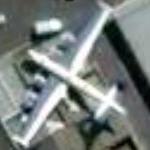 © Google Maps
Avro Shackleton on the roof of a garage 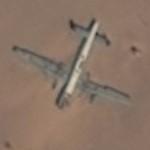 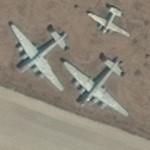 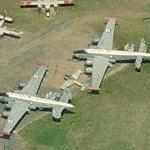