Grace Kelly was a beautiful, famous and successful movie star who seemed to turn a fairy tale into real life. She met a charming, handsome prince and fell in love. Soon, she was married in the most-watched ceremony in the world, and followed with attention and admiration for the rest of her life.

Her life, however, did not end happily ever after. On September 14, 1982, she passed away at 52, after being in a car crash the day before. It was a sad, early end to a beautiful life. On the anniversary of her death, let’s look back on her life and legacy.

Grace was born in Philadelphia, and raised in an affluent, important family. Her dad was a Olympic athlete-turned construction company owner and local politician. The 6,000 square foot family home was bought by her son in 2016.

Prince Albert II paid about $755,000 for the home, and restored it to its original splendor. The home is now used for local business for the Princess Grace Foundation, and other programs run by the royal family. 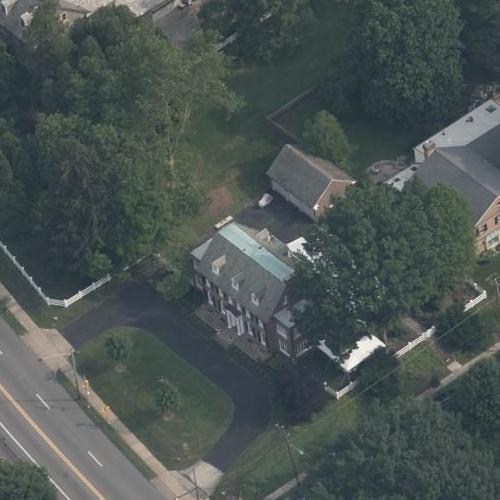 Grace was a famous Hollywood actress, and favorite of director Alfred Hitchcock. In 1955, she filmed To Catch a Thief on location in the French Riviera. Some filming took place at the famous Intercontinental Carlton Hotel in Cannes, France.

While she was in staying at the Carlton Hotel during the  the 1995 Cannes Film Festival, she participated in a photo shoot with Prince Rainier III, the ruler of Monaco, a “microstate” next to France, to promote the festival. 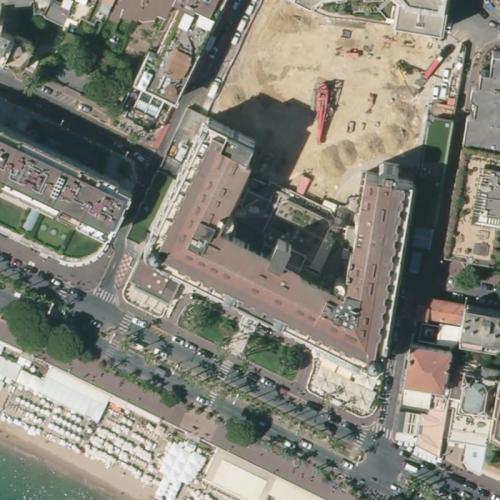 Grace met Prince Rainier on May 6 at the Prince’s Palace, the official residence of the sovereign of Monaco. Portions of the castle date back to 1191, when it was built as a fortress on a high point jutting out from Monaco.

Over the centuries, the palace has been enhanced and renovated, but it has always maintained its fortress structure. Because Monaco is a small but coveted principality, it has been critical to protect the royal family and center of power for the principality.

Also, because the city-state is so small (smaller than Central Park in New York City!), there was never enough room for a second palace.

This palace was where Grace Kelly and Prince Rainier were publicly married, in one of the most-watched events in television history. 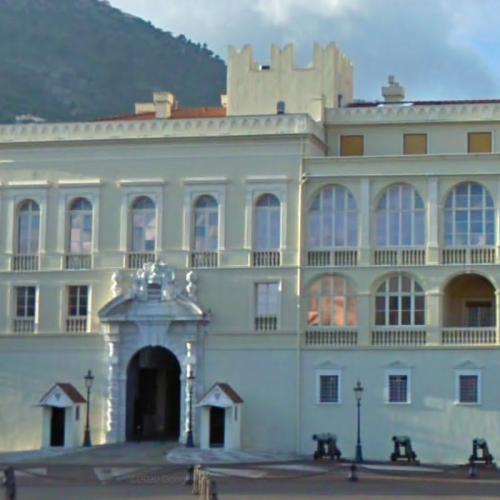 When Grace Kelly married Prince Rainier III, she became the Princess of Monaco. Monaco, a tiny strip of land sandwiched between France and the Mediterranean Sea, is the second-smallest sovereign state in the world, the most-densely populated, and one of the wealthiest in the world.

A large reason Monaco is so wealthy is because of Monte Carlo, a district within the principality, that has attracted high-stakes gambling, international investment as a tax haven, and wealthy tourists. The district is famous for its luxurious vice, and is featured in many films, like James Bond, and more. 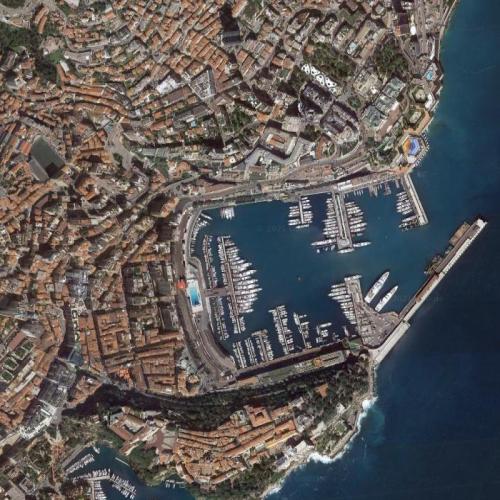 Adding to the allure of Monaco is the annual Monaco Grand Prix, a Formula One race that takes place every year in early summer. It is one of the most important and most well-regarded events in racing.

Drivers race through the tight, winding streets of Monte Carlo and Monaco, up and down the hilly streets. It even includes a tunnel, making it more challenging than other races because of the change in light while navigating a serpentine course. 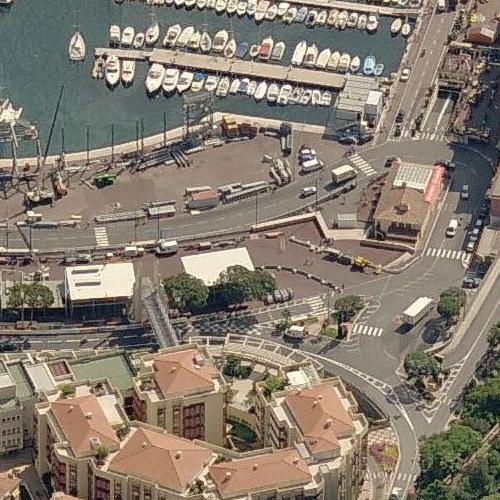 Grace Kelly was very involved in promoting the development of Monaco, as well as raising three children to be leaders of Monaco and influential citizens. Her personal property included a villa in France, close to Monaco, where she could go as a retreat when needed.

The Villa, known as Villa l’Aiglon, was for a time home to Josephine Baker, the American-French dancer, in her later years. Grace was a friend of Josephine, and supported her personally and professionally. 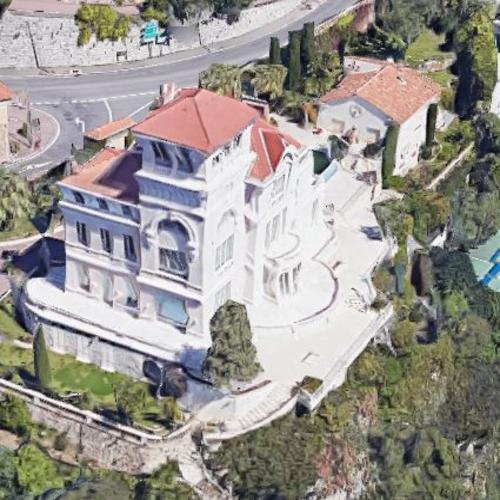 On September 13, 1982, Princess Grace was returning with her daughter Stephanie to Monaco from a retreat at a family estate in France. While driving on the winding, narrow road, Grace suffered a stroke and caused a car crash. While Stephanie sustained several significant injuries, Grace was gravely injured. She was pronounced dead the next evening, at age 52. 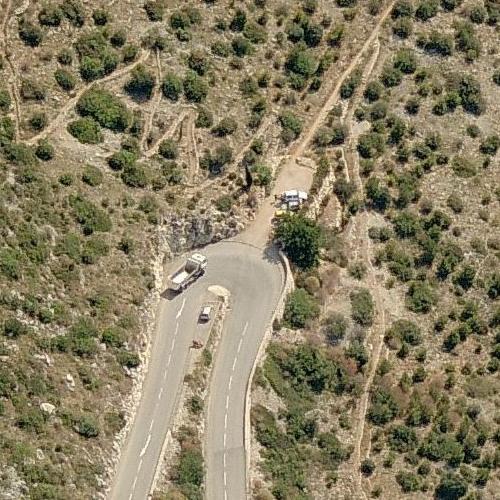 Cathedral of Our Lady Immaculate, Monaco

On September 18, Princess Grace was laid to rest alongside other Grimaldis in the Cathedral of Our Lady Immaculate, which is sometimes called Saint Nicholas Cathedral. Many heads of state and celebrities attended her funeral, including Cary Grant, Princess Diana, Nancy Reagan, and others. When he passed in 2005, her husband Prince Rainier III was laid to rest by her side. 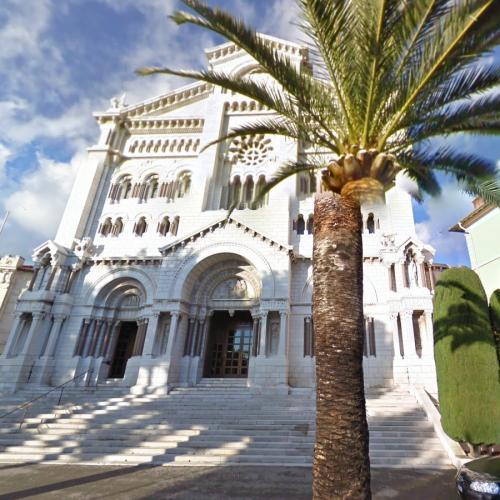 In 1984, Prince Rainier officially opened a memorial rose garden in her memory. The garden is part of a community park, and is open to the public daily. A special rose created in her memory grows at the park, along with 4,000 other rose bushes, and a statue of the Princess. 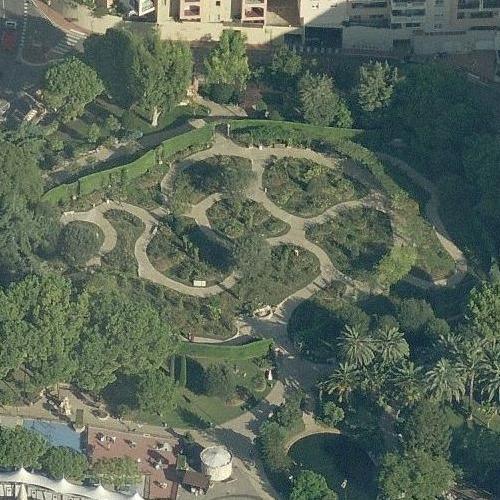 While her life ended too soon, her memory has endured, both through her memorable film legacy, and through her role as a kind, charitable leader of a small but influential principality. Thirty nine years after her death, she is as loved as ever, and her memory will endure.