Fritz Scholder (October 6, 1937 – February 10, 2005) was one of the most renowned Native American artists of the 20th century. Born in Breckenridge, Minnesota, Scholder was one-quarter Luiseño, a California Mission tribe. Scholder’s most influential works were post-modern in sensibility and somewhat Pop Art in execution as he sought to deconstruct the mythos of the American Indian. A teacher at the Institute of American Indian Arts in Santa Fe in the late 1960s, Scholder influenced a generation of students that are prominent Native artists today. 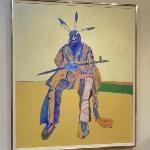 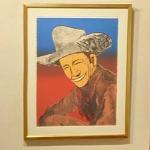 © Google Maps
'Happy Skies to You' by Fritz Scholder 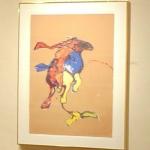 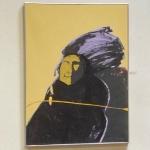 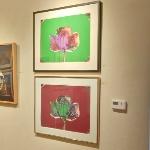 © Google Maps
'The Rose State I and II' by Fritz Scholder 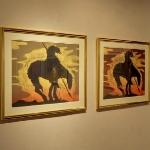 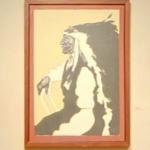 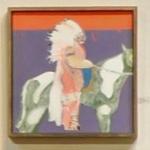 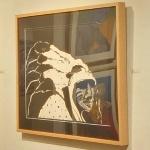