LHA, for Landing Helicopter Assault, is the US Navy hull classification symbol for the general purpose helicopter-carrying amphibious assault ships of the Tarawa and the future America classes. They are used to transport Fleet Marine Force personnel and equipment while operating in a deployed Marine Expeditionary Unit. They normally travel in groups called Amphibious Ready Groups. These ships and their escorts are capable of anything from landing operations, to humanitarian operations. LHAs differ from LHDs primarily in that they have increased aircraft hanger storage and no well deck.

Here is the complete class of ships: 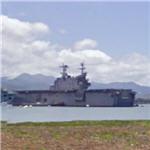 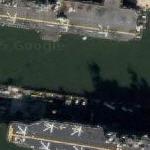 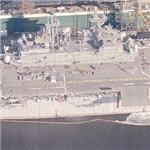 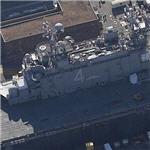 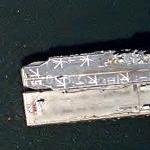