There’s never a bad time to travel to Mexico because the weather is always great and there’s something for everyone to enjoy, from vibrant culture to fascinating history to relaxing beaches. Mexico has been inhabited for more than 13,000 years, with rich and varied cultures that are still visible today.

Mexico City is a great place to start your visit. A capital long before it was colonized by the Spanish in the 1500s, the city was built largely on an existing lake to fulfill a prophesy given to the Aztec people. Now, Mexico City is a thriving city of about 9 million people, with more than 21 million in the surrounding area, making it the largest metro area in the western hemisphere!

The Zócalo, or Plaza de la Constitución, is the central plaza in the heart of the downtown historical district. Its importance predates settlement by the Spanish, and is very large, able to hold about 100,000 people at a time. It is the center of politics in the city, and the blocks around the plaza are full of entertaining activities and nightlife. Tourists love to gather here and see indigenous dancers perform, listen to musicians, eat delicious food and enjoy the atmosphere of the city. 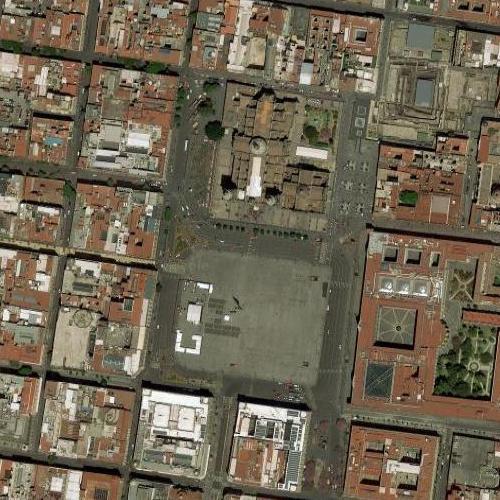 On the north end of the plaza is Mexico City’s great cathedral, the Metropolitan Cathedral. It is the largest cathedral in North and South America, and is the center of the Roman Catholic Church in Mexico. 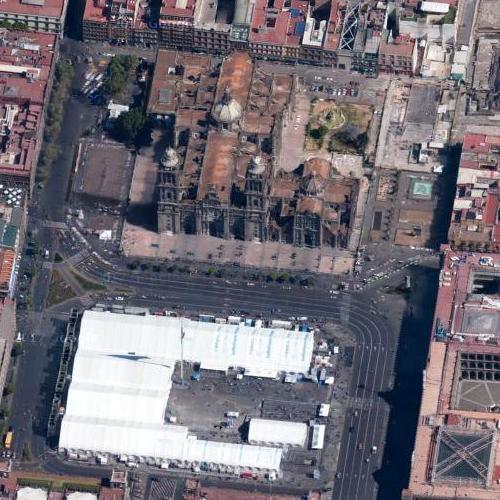 Construction on top of an existing holy site started in 1573 and was completed in 1813. It has a clearly Spanish Gothic design and is an architectural treasure in the city. 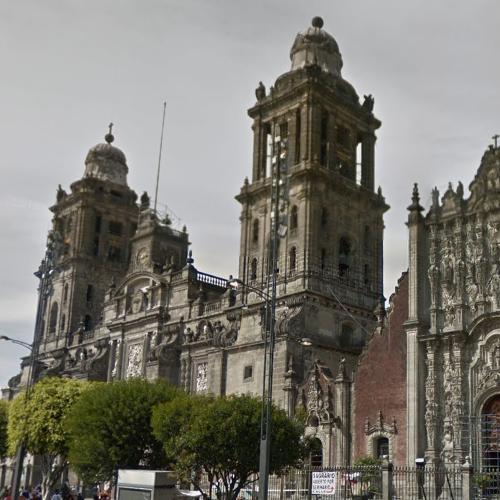 Also downtown is the Templo Mayor, the region’s main temple of the Aztec people, who predated the Spanish conqistadors of the 1500s. The massive temple was dedicated to multiple Mexica gods.

The temple was partially destroyed by the Spanish and largely forgotten for hundreds of years, but better technology and an increased interest in the region’s indigenous history led to its discovery and excavation in the 20th century.

It is now a museum and a must-see for any visitors. It provides a thorough history of Mexico. 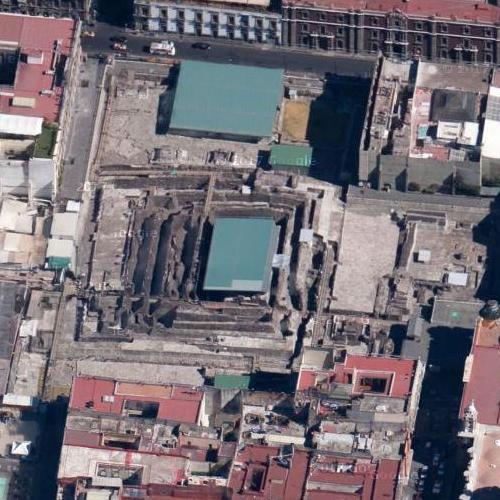 The Mayan people were a pre-Colombian people who lived in southern Mexico who constructed large temples and buildings from stone. Their sturdy construction has outlasted their civilization, and because they are so well-preserved we can learn a lot about these people who met an unfortunate and calamitous end at the hands of Spanish colonizers.

Chichén Itzá is a well-preserved Mayan city on Mexico’s Yucatan peninsula. Millions of tourists flock there each year to see the temples and ruins. 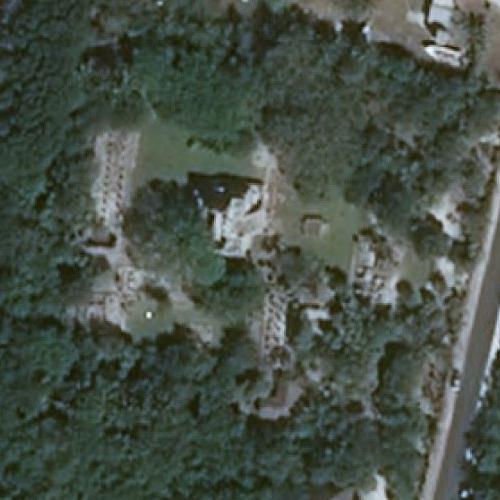 Temple of Kukulcan, or El Castillo

The Temple of Kukulcan is a tribute to Kukulcan, the feathered serpent. Snake designs are carved along the steps leading up to the platform at the top of the temple. 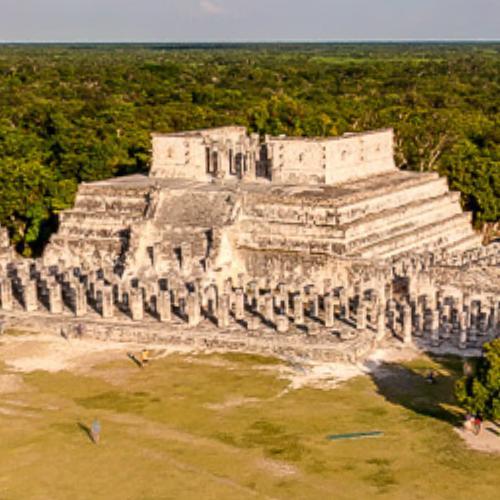 The 91 steps on each of the four sides, plus the platform total 365, the number of days in the year. This, plus the interesting illuminations and shadows caused by the sun that are visible during the spring and autumnal equinoxes, lead many to believe the Mayan people had an advanced understanding of science and astronomy. 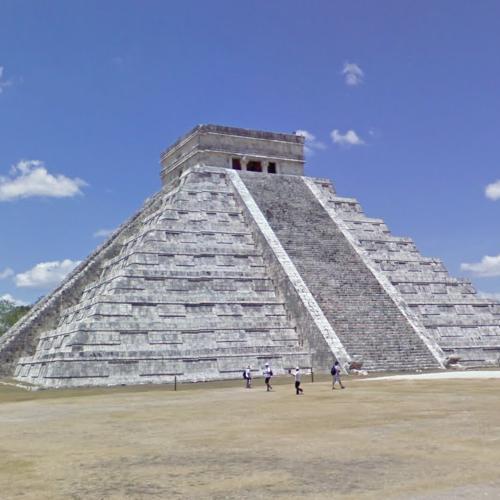 Of course any trip to Mexico would not be complete without a trip to the beach, and there’s no more spectacular beach city than Cancún. It borders the Caribbean, and is famous for its beautiful beaches, excellent SCUBA diving and fabulous nightlife and entertainment. 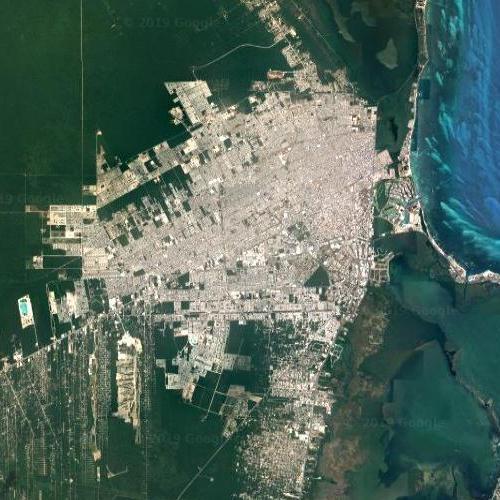 Hotels are built right on the waterfront, so you can go from your high rise hotel room to the ocean in a matter of minutes! 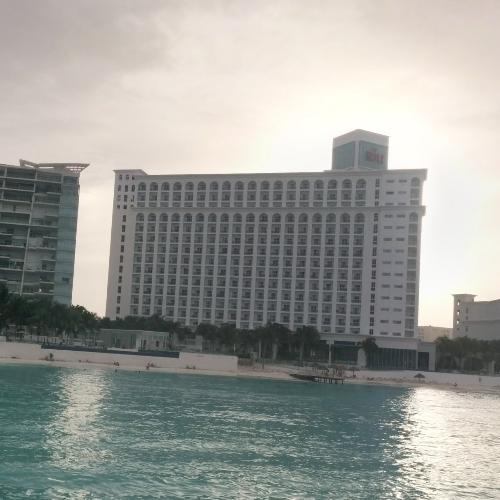 If you don’t want to spend all your time in Cancún at the beach, there are plenty of Mayan ruins you can visit, including El Meco, which have only recently become available for tours. Like other sites, there are large temples and pyramids that provide an excellent insight into Mexico’s rich history.

From fast-paced city life in the largest metropolitan area in the western hemisphere to ancient wonders to relaxing beaches, you cannot go wrong with a visit to Mexico! Viva Mexico!