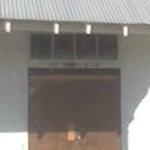 By LancelotLink @ 2011-11-29 18:47:17
@ 30.309386, -89.334904
Bay St Louis, Mississippi (MS), US
During the 1940's, 50's and 60's, many of the region's greatest blues, rhythm and blues and soul music artists performed at The One Hundred Men Hall. This hall was a regular stop for many of the artists working on the famed "chitlin' circuit", a network of African American venues with many of the performers booked through New Orleans's famed Dew Drop Inn. Many of the greatest stars during the heyday of New Orlean's rhythym and blues music performed regularly at the hall. From Big Joe Turner, Etta James and Guitar Slim to James Booker, Professor Longhair and Deacon John.
Links: www.100menhall.org
607 views