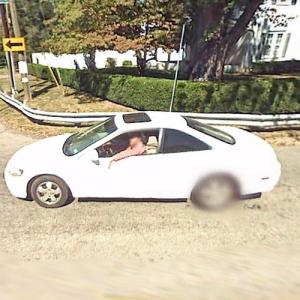 Like the 7th generation Civic Coupe I captured in Philadelphia, Honda Accords from this model year up to the 2012 model year are known to have defective airbags made by Takata, in which the 2001-2002 models carry the dangerous "Alpha" airbags that were responsible for most fatalities from the shrapnel-spewing airbags due to potent ammonium nitrate involved in making the airbag react.