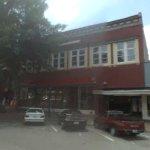 A 20-year old female college student accused Roethlisberger of raping her in the ladies restroom in the Capital City night club. After a police investigation, charges were not pressed against Roethlisberger due to a lack of evidence.

The NFL responded to the incident by suspending Roethlisberger for six games without pay for violating it's personal conduct policy.
Links: en.wikipedia.org
928 views