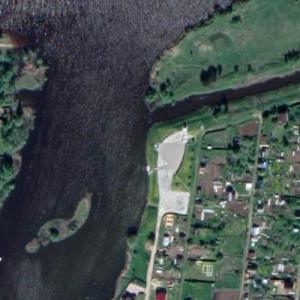 Just after takeoff, the plane struck a tower and crashed into the Volga River. Two people survived the initial crash - one Russian hockey player and a flight crew member, but the hockey player succombed to his injures days later.

milwhcky
@ 2011-09-07 19:30:20
This news hit me hard today. Two of the players who died once played for the minor league team I follow closely - the Milwaukee Admirals. Robert Dietrich and Karlis Skrastins. I've had conversations with both men. Both great guys. RIP.