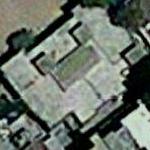 By kkeps @ 2011-01-01 16:37:13
@ 31.254824, 29.993676
Alexandria, Egypt (EG)
A bombing occurred shortly after midnight on 1 January 2011 in Alexandria, Egypt. An explosive device detonated outside the Al-Qiddissine church (Saint Mark and Saint Pope Peter Church aka The Saints Church) where Coptic Orthodox worshippers had gathered to celebrate Mass on New Year's Eve. At least 21 were killed and 70 others were injured. Although it was initially thought the device was a car bomb, Egyptian officials said it was likely perpetrated by a suicide bomber.
Links: en.wikipedia.org
718 views