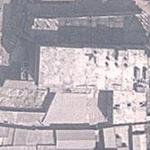 By kkeps @ 2013-04-29 18:40:01
@ 23.846111, 90.2575
Savar, Bangladesh (BD)
On 24 April 2013, an eight-story commercial building, Rana Plaza, collapsed in Savar, a sub-district near Dhaka, the capital of Bangladesh. At least 401 people died and another 1,000 were injured. The building, which contained clothing factories, a bank, and several other shops, collapsed during morning rush hour. Warnings to avoid using the building after cracks appeared the day before had been ignored. The collapse is thought to be Bangladesh's worst-ever industrial accident.
Links: en.wikipedia.org
492 views