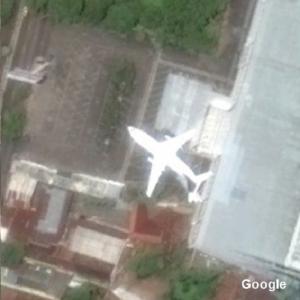 Oddly enough, this aircraft was actually involved in a runway incursion on June 9, 2005 in Boston's Logan Airport (see links).

The plane, then registered to US Airways as "N394US", was later transferred to Indonesia's Batavia Airlines, and re-registered as "PK-YVV".

Somehow it ended up here, at what was once "Hardy's Mall - Banyuwangi" in East Java. How it got there is as yet a mystery to me.
Links: www.youtube.com, permanent.access.gpo.gov
289 views