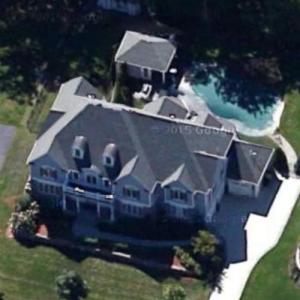 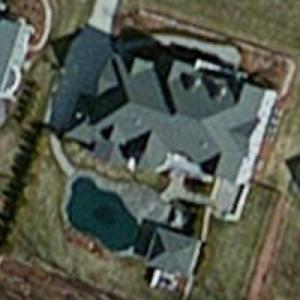 By jdubble07 @ 2013-06-18 18:34:53
@ 41.989629, -71.310037
North Attleborough, Massachusetts (MA), US
Aaron Hernandez is an American football tight end for the New England Patriots of the National Football League (NFL). He played college football for the University of Florida, was a member of a BCS National Championship team, earned All-American honors, and was recognized as the outstanding college tight end in the nation. He was drafted by the Patriots in the fourth round of the 2010 NFL Draft, made one Super Bowl appearance in XLVI and was selected for the Pro Bowl following his second NFL season. Hernandez's career came to an abrupt end in 2013 after his arrest when Hernandez was immediately released by the Patriots.

Two years later, 2015 Hernandez was convicted of the first-degree murder of Odin Lloyd in 2013. He was sentenced to life without parole. Odin Lloyd was reported to be a semi-professional player who was dating the sister of Hernandez's fiancée. While on trial for Lloyd's murder, he was also indicted for the 2012 double homicide of Daniel de Abreu and Safiro Furtado, but he was acquitted after a 2017 trial.

Just days after his acquittal of the double homicide, Hernandez was found dead in his cell on 19 Apr, 2017. It is believed that he committed suicide by hanging. As a result, his conviction for Lloyd's murder was initially vacated under the doctrine of abatement ab initio, since Hernandez died during its appeal. Some feel this was part of the motivation for Hernandez’s suicide, but ultimately, the conviction was reinstated in 2019 following an appeal from prosecutors and Odin Lloyd's family.

Post mortem Hernandez was diagnosed with severe chronic traumatic encephalopathy (CTE). This condition results from repeated head injuries, such as those sustained by Hernandez as an NFL player. His family believed this may have affected his actions and emotional stability. They sought to sue the NFL for a wrongful death case.
Links: en.wikipedia.org
13,790 views