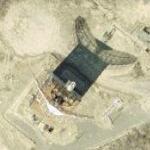 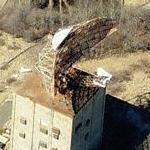 By kjfitz @ 2005-08-15 23:31:53
@ 41.062147, -71.874061
Montauk, New York (NY), US
The most impressive feature of the former Montauk Air Force Station is the enormous surveillance radar which was abandoned in place by the Air Force in 1981. This extremely powerful radar could detect airborne objects at distances of well over 200 miles. The huge antenna of the AN/FPS-35 radar weighs roughly 75 tons. This is the sole remaining example of the large "frequency diversity" radars which were deployed at select sites across the United States during the Cold War.