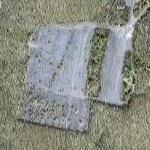 The park opened in summer 1972, and within a few months was the subject of controversy as a tourist was mauled by lions after opening his car window, and local residents reported animals that had escaped. There were also reports of animal mistreatment and after 4 years, the park closed.
Links: lostinjersey.wordpress.com
9,322 views