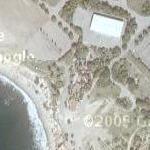 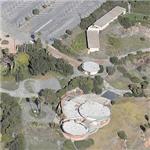 By kjfitz @ 2005-08-01 15:33:08
@ 33.737893, -118.397598
Rancho Palos Verdes, California (CA), US
Marineland was a major ?Sea World? type attraction, until it was bought by the owners of Sea World in 1986, and shut down. Marineland?s performing killer whale, Corky, who was originally captured in 1968 near Pender Harbour, British Columbia, was one of two animals that were moved to Sea World, San Diego and renamed Shamu. Much of the original Marineland structures have been torn down, and the site, on the Palos Verdes peninsula, south of Los Angeles, will be redeveloped eventually.

In the meantime, it is a popular Hollywood filming location. Films requiring coastal scenes with fiery explosions seem to favor this location, such as Charlies Angels, Conair, and FaceOff.
Links: clui.org
12,015 views