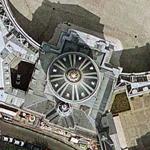 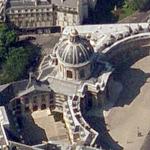 By dda @ 2006-12-19 16:22:29
@ 48.857254, 2.336928
Paris, France (FR)
"The Académie française, or French Academy, is the pre-eminent French learned body on matters pertaining to the French language. The Académie was officially established in 1635 by Cardinal Richelieu, the chief minister to King Louis XIII. Suppressed in 1793 during the French Revolution, it was restored in 1803 by Napoleon Bonaparte (the Académie considers itself having been suspended, not suppressed, during the revolution). It is the oldest of the five académies of the Institut de France."
Wikipedia
Links: en.wikipedia.org
1,580 views