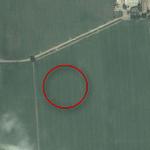 By adrbr @ 2014-04-04 07:25:24
@ 45.037816, 9.656092
Piacenza, Italy (IT)
Air Algérie Flight 2208 was a cargo flight between Algiers-Houari Boumediene Airport, Algiers, Algeria, and Frankfurt Airport, Germany. On 13 August 2006, the Lockheed L-100 operating the flight crashed in Northern Italy as a result of an autopilot malfunction. The aircraft struck the ground in a sparsely populated area after a very steep and rapid descent, narrowly avoiding crashing into a highly populated one. The crew of three on board were killed in the accident; there were no passengers, nor were there injuries or property damage on the ground.
Links: en.wikipedia.org, www.youtube.com
841 views