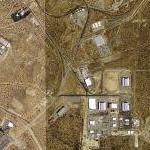 The rocket propulsion group leads a national plan called Integrated High Payoff Rocket Propulsion Technology (IHPRPT) to identify needs, timetables, and demonstrable goals for improvements to rocket propulsion technology. Participants in the plan include all military services, industry, and NASA. The rocket group's research and test projects are intregal with the plan and its goals. Their efforts covers ballistic launch, spacelift, tactical, and spacecraft propulsion research and development, with the end goal of doubling the nation's rocket propulsion capabilities by 2010.

A key item in that plan is liquid fueled rocket propulsion component integration and testing, called Integrated Powerhead Demonstration or IPD. When complete, IPD technology will be available for application in future liquid rocket engines to enhance performance and save weight and costs. IPD is a combination of research efforts and validation testing to provide new, more efficient portions of the rocket engine that precondition and pump liquid fuels and oxidizers into the main engine. Dual-use components like Hydrostatic Bearings can be applied to rocket engines and commercial refrigeration units.

A major milestone for the research lab and facility occurred on 2 October, 1997. A ribbon-cutting ceremony marked the activation and completion of improvements to the lab’s historic Test Stand 1A. The stand is about to embark on its third era of testing the nation's rocket propulsion and launch capabilities. Initial use of the static test stand occurred in the 50's for full-up system testing of the Atlas Intercontinental Ballistic Missile. The test stand was modified in the early 60's for use in developing and testing the Apollo era Rocketdyne F-1 rocket engine that propelled man to the moon. The third era supports the efforts of Boeing/Rocketdyne, a candidate for the Evolved Expendable Launch Vehicle (EELV) launch program. Their Delta IV family of launch vehicles relies on a new core rocket engine technology called RS-68. The engine is designed to generate 650,000 pounds of thrust and is fueled by liquid oxygen and liquid hydrogen.

Other efforts at the lab include electric and solar propulsion research, High Energy Density Matter (HEDM) propellant research, and Theater Missile Defense testing. For the past fifty years, the facility and its personnel, teamed together with government and industrial partners, have provided the nation with rocket propulsion that fits its needs and anticipates the future.
Links: www.pr.afrl.af.mil
3,339 views