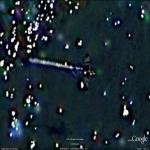 By McMaster_de @ 2010-07-15 09:44:12
@ 40.702279, -74.033263
Jersey City, New Jersey (NJ), US
Sergey Rakhmanin, one of the most decorated aerobatic pilots of his generation, has been gradually moving up the pack since joining the Red Bull Air Race World Championship in 2007. The soft-spoken Russian ace has one of the most elegant flying styles in the field and has steadily improved his low-altitude flying skills each year.

Rakhmanin switched from an Edge 540 to an MXS-R last year and with a faster plane quickly rose higher in the standings, grabbing an impressive 5th place on a difficult track in Windsor. But he suffered engine damage in Budapest that put a damper on the second half of his season. The man with the moustache from St. Petersburg is widely recognised as one of the world’s most talented precision-flying pilots. Rakhmanin hopes that extensive off-season modifications to his plane and a detailed analysis of his flying performance in 2009 will help him rise to the next level in 2010.
Links: www.redbullairrace.com
615 views