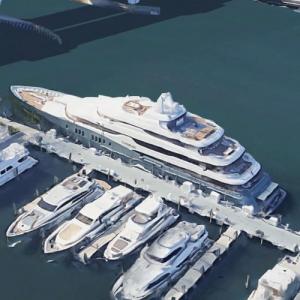 It is owned by Alexander Abramov, a Russian former scientist who became an industrial magnate as one of the two heads of Evraz, Russia's largest steel producer. He is worth an estimated $8B.
Links: en.wikipedia.org, en.wikipedia.org
380 views