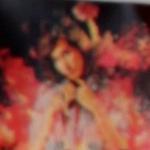 Supporting artists such as Mia Dyson, Ian Moss, Mark Sholtez, The Bad Loves, Ash Grunwald, Marty Simpson and Jon McLaughlin (USA) she has only received inspiring reviews for her performances. Impressed by her enormous vocal range and on-stage personality, Nick Condon from Australian Radio Network said “You only need to hear one song to realise that Alisa Fedele is one of Australia’s most exciting up and coming artists! With plenty of live shows under her belt, as a performer she’s captivating and entertaining on stage – as an musician, her dynamic voice and unique take on music makes her someone to watch out for in 2012”
Links: www.alisafedele.com
424 views