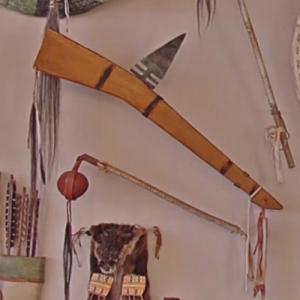 This particular club is found in the main entrance to Jefferson's Monticello in an American Indian wall exhibit.