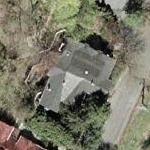 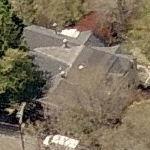 Mitchell is married to the former Chairman of the Federal Reserve from 1987 to 2006, Alan Greenspan.