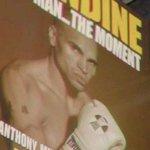 By WacoKidd110 @ 2013-07-15 10:45:56
@ -33.923641, 151.162047
Sydney, Australia (AU)
Anthony Mundine (born 21 May 1975) is an Australian professional boxer[1] and former rugby league player. He is a former interim WBA Light Middleweight Champion boxer, two-time WBA Super Middleweight Champion, IBO Middleweight Champion and a New South Wales State of Origin representative footballer. Before his move to boxing he was the highest paid player in the NRL.[2] He is the son of boxer Tony Mundine and is a member of the Bundjalung people.[3] Mundine has had a stormy relationship with the media.[4] His conversion to Islam in 1999, self-promotion and outspoken opinions have created a love-hate relationship with the Australian public[5] and he has been described as "the most polarising athlete in Australian sports history".
Links: en.wikipedia.org
401 views