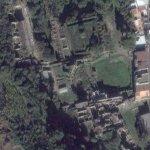 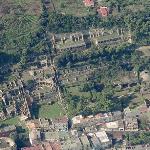 By Effi @ 2007-04-05 02:30:51
@ 40.816645, 14.07003
Baia, Italy (IT)
The Archaeological and Monumental Park of Baia stretches for about 14 hectares of "historical landscape", in which they are kept important archaeological ruins respectively of the Palatium or residence of the Roman emperors in Baia (from Augustus to Alessandro Severo) and of a large villa of the late republican age.

While the first archaeological area, also known as Thermae of Baia for the prevalent presence of thermal rooms, was dug with continuity since about 1930 and is from time open to the public, in the area of the Monumental Park only lately the archaeological research started again and it has been predisposed a route of visit and of linking with the Archaeological Park.
Links: www.ulixes.it
1,337 views

kjfitz
@ 2007-04-05 10:37:40
When I was 11 years old my bedroom window used to look out across this area from across the bay. The ruins aren't limited to just this area. We used to catch minnows in a pond just to the north against the cliffs in the ruins of another palace lost in some farmers field. Farmers were always finding ruins but then covering them up because they didn't want to have to deal with the government coming in to look at them / protect them. The father of a friend of mine used to SCUBA dive in this bay. The ruins extend beyond the shore out into the bay. He's bring up all sorts of amphorae and the like.