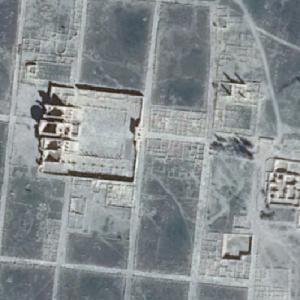 The city was founded during the reign of Emperor Vespasian. The site is also known for being one of the conflicts between the Byzantine and Arabic Empires.

The site has several ruins and these include triumphal arches, temples, public baths, a forum and gates.
Links: en.wikipedia.org
413 views