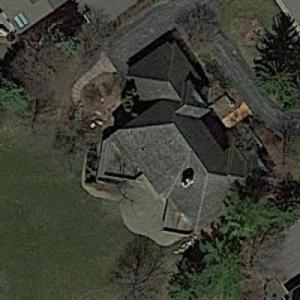 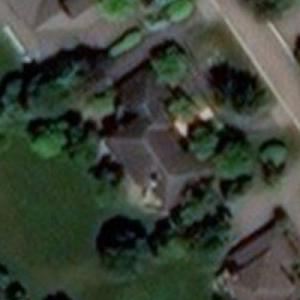 By tlp333 @ 2008-03-10 21:25:33
@ 42.57148483, -83.28349678
Bloomfield Hills, Michigan (MI), US
This is one of the suburban Detroit homes of the "Queen of Soul," Aretha Franklin. She purchased the home on Kiftsgate bend in 1997 for $1.2M. County records indicate the home is over 7,000 square feet. The upper main floors total 4,150 and the basement has 3,150 square feet. This house features five bedrooms, seven bathrooms, three fireplaces and a relaxing hot tub. Aretha owned several homes and often had liens or homes which Aretha had forfeited due to unpaid bills and taxes. She always redeemed her properties back but currently has several unsettled debts and may have more creditors looking to collect.

Aretha grew up in Detroit and began her career singing at New Bethel Baptist Church where her fathered ministered for. In 1960 at age 18 she recorded with Columbia records through the secular music field. In 1966 she switched to Atlantic records where she catapulted her career with songs like "Respect," "I Say a Little Prayer," and "(You Make Me Feel Like) A Natural Woman" among others. It wasn't long after she was dubbed "The Queen of Soul."

Franklin moved back home to the Detroit suburbs of Bloomfield Hills in 1982 to be close to her ill father and her siblings. Aretha became pregnant with her first two children at ages 12 and 14. Her grandma and sister helped raise her children allowing her to focus on her career. She did visit them often, and eventually married and divorced then married again mothering an additional 2 children.

Aretha Franklin died of advanced pancreatic cancer on August 16, 2018 and spent her last weeks in her Riverfront Tower home in Detroit. Her net worth at the time of her death was estimated at $80 million. Franklin did not have a will so according to Michigan law, her assets will be distributed among her four sons, after her debts are paid.
Links: en.wikipedia.org
76,669 views