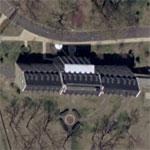 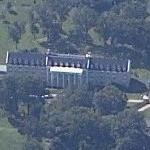 Arlington Hall (also called Arlington Hall Station) was the headquarters of the US Army's Signal Intelligence Service (SIS) cryptography effort during World War II. It was named for its location in Arlington Hall Station, Arlington, Virginia—a private girls' school which was commandeered during the War. Arlington Hall was in many respects similar to Bletchley Park in England, though military and only one of two primary cryptography operations in Washington during the War (the other was the Naval Communications Annex, also housed in a commandeered private girls' school). Arlington concentrated its efforts on the Japanese systems (including PURPLE) while Bletchley Park concentrated on European combatants. Arlington Hall eventually became one of the organizations and facilities of the National Security Agency after it was created.

The Arlington Hall effort was comparable in influence to other Anglo-American WW II-era technological efforts, such as the cryptographic work at Bletchley Park, the Naval Communications Annex, development of sophisticated microwave radar at MIT's Radiation Lab, and the Manhattan Project's development of nuclear weapons.

After World War II, the "Russian Section" at Arlington Hall expanded. Work on diplomatic messages benefited from additional technical personnel and new analysts—among them Samuel Chew, who had focused on Japan, and linguist Meredith Gardner, who had worked on both German and Japanese messages. Chew had considerable success at defining the underlying structure of the coded Russian texts. Gardner and his colleagues began analytically reconstructing the KGB codebooks. Late in 1946, Gardner broke the codebook's "spell table" for encoding English letters. With the solution of this spell table, SIS could read significant portions of messages that included English names and phrases. Gardner soon found himself reading a 1944 message listing prominent atomic scientists, including several with the Manhattan Project. Efforts to decipher Soviet codes continued under the super secret Venona project.

Another problem soon arose—that of determining how and to whom to disseminate the extraordinary information Gardner was developing. SIS's reporting procedures did not seem appropriate because the decrypted messages could not even be paraphrased for Arlington Hall's regular intelligence customers without divulging their source. By 1946, SIS knew nothing about the federal grand jury impaneled in Manhattan to probe the espionage and disloyalty charges stemming from Elizabeth Bentley's defection and other defectors from Soviet intelligence, so no one in the US Government was aware that evidence against the Soviets was suddenly developing on two adjacent tracks. In late August or early September 1947, the FBI was informed that the Army Security Agency had begun to break into Soviet espionage messages.

By 1945 the Soviets had penetrated Arlington Hall with the placement of Bill Weisband who worked there for several years. The Government’s knowledge of his treason apparently was not revealed until its publication in a 1990 book co-authored by a high-level KGB defector.

In October 1949, the British spy Kim Philby arrived in Washington as British intelligence liaison to the U.S. intelligence community. Part of his responsibilities involved receiving VENONA material which the U.S. was providing to the UK In April 1951, a decoded VENONA message showed that Donald MacLean, who had served as Second Secretary at the British Embassy in Washington in 1944 and 1945 (and returned in 1947 to work on atomic energy issues), was “HOMER,” a Soviet spy. Surveillance of MacLean commenced in order to obtain evidence independent of VENONA, as the U.S. and UK did not want to reveal publicly the existence of the project, but MacLean defected to Moscow with Guy Burgess in May 1951.

During the 60's and 70's Arlington Hall served as the headquarters for the Army Security Agency.
Links: en.wikipedia.org
3,225 views