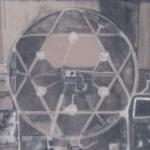 This system first gained notoriety when an SA-2 battery shot down a U.S. Air Force (USAF) U-2 overflying the Soviet Union in 1960. Later, North Vietnamese forces used the S-75 extensively during the Vietnam War to defend Hanoi and Haiphong. It has also been locally-produced in the People's Republic of China using the names HQ-1 and HQ-2. Other nations have produced so many local variants combining portions of the S-75 system with both indigenously developed components or third party systems, that it has become virtually impossible to find a pure S-75 system today.
Links: en.wikipedia.org
2,240 views