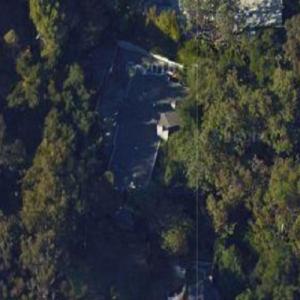 Over the course of his career, Stiefel has worked with Bette Midler, Prince, and Toni Braxton, amongst others. He is best known for his association with Rod Stewart, whom he has managed since 1983.

Stiefel was born in Philadelphia. There, his father, Alex Stiefel, owned the renowned Uptown Theater, the "crown jewel of the Philadelphia black entertainment scene."

Stiefel developed an early interest in entertainment through exposure to classic films and to iconic rhythm and blues artists such as The Supremes, Fats Domino, Etta James, Ray Charles, and Stevie Wonder.

His first client was the then-unknown screenwriter Bo Goldman. Shortly after signing with Stiefel, Goldman wrote the script for One Flew Over the Cuckoo's Nest, which won the Academy Award for Best Adapted Screenplay in 1975. Stiefel broadened his roster to include actors and musicians, signing Bette Midler, Natalie Wood, Robert Wagner, and Jeff Goldblum, among others.
Links: en.wikipedia.org
657 views