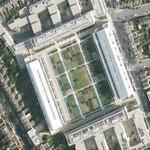 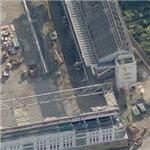 With the club's departure to Emirates Stadium, Arsenal Stadium is currently (as of 2007) being redeveloped and converted into apartments, in a project known as "Highbury Square". The North Bank and Clock End stands have already been demolished, with the famous clock having been moved to the new stadium; the exteriors of the listed Art Deco East Stand and the matching West Stand are being preserved and incorporated into the new developments, while the rest of the stands' structures have been removed; the walls are currently supported by scaffolding. The pitch will become a communal garden.

In June 2005 Arsenal received planning consent for a scheme that will see 711 properties built on the site. In October 2005 the proposed apartments went on sale; as of May 2006 all properties in the North, East and West Stands had been taken. The apartments are expected to be ready by 2010.
Links: en.wikipedia.org
1,100 views