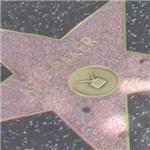 Born in New York City, he was most well known for his radio and television work which began in the mid-1930s. Starting in 1938, he began "Art Baker's Notebook" on Los Angeles' KFI radio station, which lasted for two decades.
Links: en.wikipedia.org
350 views