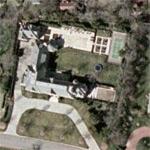 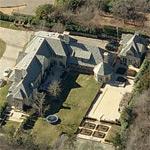 By neotrix @ 2009-02-10 01:30:12
@ 35.550186, -97.542145
Oklahoma City, Oklahoma (OK), US
Aubrey McClendon, the chief executive officer, chairman, and co-founder of Chesapeake Energy lived here before passing. Aubrey McClendon was one of four primary partners in The Professional Basketball Club LLC (TPBC), which owns the NBA Oklahoma City Thunder club. McClendon was also an American businessman and the founder and chief executive officer of American Energy Partners, LP. He also co-founded Chesapeake Energy, serving as its CEO and chairman. He was an outspoken advocate for natural gas as an alternative to oil and coal fuels, and a pioneer in employing fracking.

He was born Aubrey Kerr McClendon on July 14, 1959, in Oklahoma City, Oklahoma. Aubrey played a key role in turning the company that he co-founded from scratch 30 years ago, into the country's second-largest natural gas producer. A graduate from Duke University with a BA in history, McClendon started his first oil and natural gas investment company, Chesapeake Investments, in 1982 at the age of 23. Seven years later, he teamed up with Tom L. Ward to create the Chesapeake Energy Corporation. The company, which is now the most active driller and "fracturer" in America, went public in 1993. One of the top 15 oil producers in the States, it currently employes around 12,000 people.

McClendon was a part-owner of the National Basketball Association (NBA)'s Oklahoma City Thunder franchise, and was part of the ownership group that moved the Seattle SuperSonics to Oklahoma City in 2008.

On March 1, 2016, Aubrey was charged with conspiring to rig bids to buy natural gas and oil leases in Oklahoma. On March 1, 2016, McClendon was indicted by a federal grand jury on charges. Roughly 24 hours later, on March 2nd, Aubrey was supposed to turn himself into jail. Instead he drove his vehicle into a bridge overpass at a high velocity and perished. He died the following day, March 2, 2016, in a single-vehicle collision. Initial reports claimed that Aubrey purposely crashed to commit suicide. He was 56 years old and is survived by a wife and three kids.

Aubrey had a net worth of $500 million. Apart from Chesapeake Energy, McClendon has other sources of wealth, having sold 75% of his 10,000-bottle collection in auctions and owning a 20% stake in the NBA's Oklahoma City Thunder. He was an outspoken advocate for natural gas as a cleaner and safer alternative to oil and coal fuels.
Links: en.wikipedia.org
24,441 views