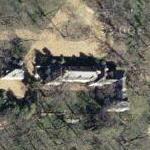 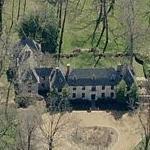 He is the father of the current President and CEO of Anheuser-Busch, August Busch IV.
Links: en.wikipedia.org
17,751 views