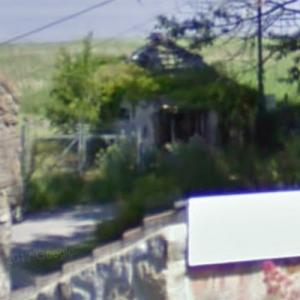 The terminal was used in the Martin Scorsese film about the life of Bob Dylan. On the film poster Dylan stands at this terminal. Today the terminal is almost gone overgrown in bushes and trees.

The wreck of the last ferry on this route, the "Severn Princess" can be seen at the Chepstow Railway Bridge.
Links: en.wikipedia.org
226 views