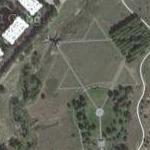 By Outspoken1 @ 2014-11-03 09:40:01
@ 39.6686167, -104.86765
Denver, Colorado (CO), US
Babi Yar Park in Denver is a living Holocaust memorial to the thousands of Jews, gypsies, Ukrainians and others who were murdered by the Nazi's from 1941 and 1943 at the Babi Yar ravine on the outskirts of Kiev, Ukraine (then Soviet Union). The entrance features large engraved stones and a dais with a recorded explanation of the slaughter at the ravine. The amphitheater (round circle) has a capsule of ground from Babi Yar in the Ukraine and is a perfect echo chamber if you stand exactly over the capsule. The paths in the park/memorial create a Star of David shape to remember the millions of Jews who were targeted and murdered during WWII.
Links: www.mizelmuseum.org, www.waymarking.com
1,036 views