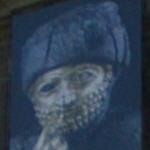 By kjfitz @ 2008-10-14 20:59:48
@ 48.862471, 2.336383
Paris, France (FR)
For the first time assembling works from all over the world, this exhibition seeks to reconcile Babylon’s history with its legend. It explores the various stages in the foundation of the ancient city and the extent of its influence, as well as the way in which the Babylonian myth grew out of its historical reality.

Through the centuries, the name “Babylon” has continued to ring with deep significance far and wide. Indeed, no city in world history has been more envied and feared, admired and reviled. And yet, beneath all of its trappings, from the most prestigious to the most vilified, Babylon is much more than a myth.

This unprecedented exhibition brings together a rich and varied treasure trove of nearly 400 works, on loan from collections in 13 countries, with the aim of reconciling the legend of Babylon with its history. Spanning five millennia (from the end of the 2nd millennium B.C. to the beginning of the 20th century), it pays tribute both to the historical and cultural importance of this ancient city and the way in which its reality was later transformed into the mythical Babylon.
676 views