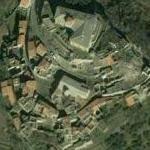 By kjfitz @ 2008-07-16 11:38:19
@ 44.124167, 8.174343
Balestrino, Italy (IT)
Balestrino, Italy is just as picturesque as many other medieval Italian towns, with its stunning hilltop location 70 km southeast of Genoa. Once owned by the Benedictine abbey of San Pietro dei Monti, Balestrino began losing its population in the late 19th century as earthquakes struck the region and damaged property. In 1953, the town was abandoned due to ‘geological instability’. The part of the town that has remained untouched since that time is currently undergoing planning for redevelopment, so it won’t remain abandoned for much longer.
Links: s3.amazonaws.com
2,133 views