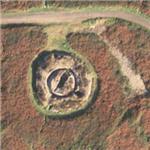 The site today is a confused mix of original and reconstructions introduced by Borlase.

In 1999 there was some controversy regarding this site and others under the care of the English Heritage organisation. Members of a pressure group, the Revived Cornish Stannary Parliament, removed several signs bearing the English Heritage name.
Links: en.wikipedia.org
426 views