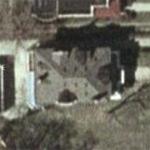 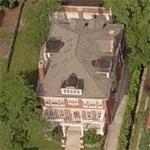 Born in Honolulu, Hawaii, Obama is a graduate of Columbia University and Harvard Law School, where he served as president of the Harvard Law Review.
Two years after graduating, he was hired in Chicago as director of the Developing Communities Project, a church-based community organization originally comprising eight Catholic parishes in Roseland, West Pullman, and Riverdale on Chicago's South Side and worked there as a community organizer from June 1985 to May 1988, before earning his law degree. He then worked as a civil rights attorney and taught constitutional law at the University of Chicago Law School through 2004, while he was serving terms representing the 13th District in the Illinois Senate. He once ran unsuccessfully for the United States House of Representatives in 2000.

In 2004, Obama received national attention due to his stirring keynote address at the Democratic National Convention in July, and his election to the Senate in November. He began his presidential campaign in 2007 and defeated Hillary Clinton in a close, hard-fought Democratic Party primary to receive the presidential nomination in 2008. He then defeated Republican nominee John McCain in the general election, and was inaugurated as president on January 20, 2009. Obama was reelected president in November 2012, defeating Republican nominee Mitt Romney, and was sworn in for a second term on January 20, 2013 where he will be serving through 2016.

Obama's presidency has been seen with some conflict due to his action on signing into law several bills on divisive domestic issues, including economic stimulus legislation in response to the Great Recession, the Tax Relief, Unemployment Insurance Reauthorization, and Job Creation Act of 2010, the Patient Protection and Affordable Care Act, often referred to as "Obamacare," the Dodd–Frank Wall Street Reform and Consumer Protection Act, his repealing of the the Don't Ask, Don't Tell standard in the military, championing gun control policies in response to the Sandy Hook Elementary School shooting, and his calling for full equality for LGBT Americans by filing briefs which urged the Supreme Court to strike down the Defense of Marriage Act of 1996 and California's Proposition 8 as unconstitutional.

He also has been no stranger to conflict in his foreign policy, including ending U.S. military involvement in the Iraq War, increasing U.S. troop levels in Afghanistan, signing a New START arms control treaty with Russia, continuing the process of ending U.S. combat operations in Afghanistan, and aiming to normalize U.S. relations with Cuba.

As of 2015, President Obama has an estimated net worth of $7 million dollars.
Links: realestalker.blogspot.com, hauteliving.com
90,728 views