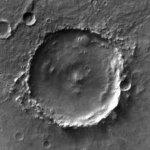 Edward Emerson Barnard (December 16, 1857 – February 6, 1923) was an American astronomer. He was commonly known as E. E. Barnard, and was recognized as a gifted observational astronomer. He is best known for his discovery of Barnard's Star in 1916, which is named in his honor.
Links: www.google.com
314 views