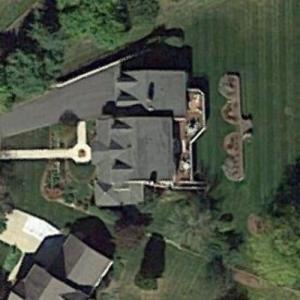 By jdubble07 @ 2019-10-14 09:35:43
@ 40.8172644, -77.8253609
State College, Pennsylvania (PA), US
Barry Lee Myers is an American attorney and businessman who served as chief executive officer and general counsel for AccuWeather, a privately owned for-profit weather-forecasting company founded by his elder brother, Joel Myers.

He was nominated by Donald Trump to be Under Secretary of Commerce for Oceans and Atmosphere, which has not yet been voted on, after 2 years, due to investigations into allegations of conflicts of interest and pervasive sexual harassment at his company.
Links: en.wikipedia.org
415 views