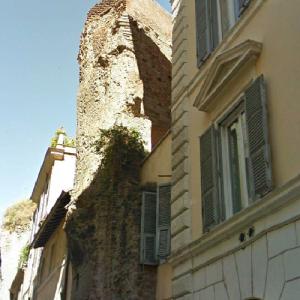 Not much of the baths remains today. Only two sections of walls standing between two modern houses remain.
Links: en.wikipedia.org
917 views