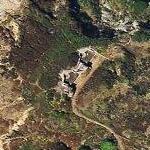 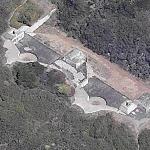 By kjfitz @ 2005-07-16 01:52:33
@ 37.798302, -122.480129
San Francisco, California (CA), US
This Endicott-era battery was completed and armed in 1900 with two 6-inch guns mounted on disappearing carriages. The battery was built to protect underwater minefields laid outside the Golden Gate during the time of war and against destroyers and minesweeper warships. During World War II these guns were assigned to the "Mine Groupment," which was to concentrate fire on the harbor entrance and the minefields. The guns had a range of 8 miles and could fire at the rate of two rounds per minute. In 1943 the War Department ordered the salvaging of this battery along with 12 other batteries no longer needed. During World War II Battery Crosby was manned by the Sixth Coast Artillery (Harbor Defense) Regiment, Battery "B".
Links: www.nps.gov
909 views