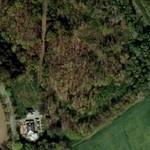 In an effort to pull British resources from the observed build-up in the Somme, the XIII (Royal Württemberg) Corps and the 117th Infantry Division attacked an arc of high ground positions defended by the Canadian Corps. The German forces initially captured the heights at Mount Sorrel and Tor Top before entrenching on the far slope of the ridge. Following a number attacks and counterattacks, two divisions of the Canadian Corps, supported by the 20th Light Division and Second Army siege and howitzer battery groups, recaptured the majority of their former positions.