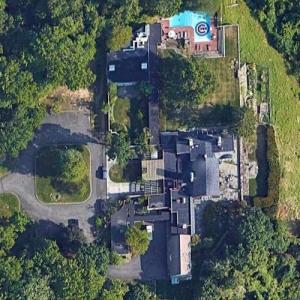 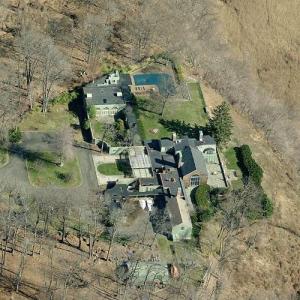 By IndyFan032589 @ 2007-08-31 02:01:09
@ 41.01587475, -73.90481919
Palisades, New York (NY), US
$4.9 Million New York property owned by the man, the myth, the legend himself Bill Murray. An iconic American comedian, Murray is perhaps best known for his roles in Caddyshack, GhostBusters, and his early days on Saturday Night Live. Aside from his deep wealth of work, Murray is also well known for personal antics, hilarious practical jokes, and carrying his distinct approach to comedy into his own life.

Murray began his career at Second City, quickly found a place at Saturday Night Live, and then launched into film. Winner of a Golden Globe, an Emmy, and nominated for an Academy Award, Murray has enjoyed a strong following with his iconic image often featured on T-Shirts and the like. With his well publicized antics, Murray is known to crash parties, pull spontaneous bar tending shifts in clubs, and give toasts at strangers’ weddings.

However his is not a life untouched by personal conflict, Murray’s personality was often divisive, but his signature brand has continued to maintain its appeal to global audiences. Lauded as a near mythical prankster by some and considered a ‘drunken bully’ by others* Murray has had his fair share of friends and enemies. Married to Margaret Kelly in 1981, they had two sons, and divorced in 1996, after Murray had an affair with Jennifer Butler. Shortly after in 1997 Murray married Butler, and they had four sons, but she also divorced Murray in 2008 with Butler accusing Murray of domestic violence and addiction. Bill is also well known for his feuds like that with Chevy Chase a former coworker.

Bill Murray’s latest project was Isle of Dogs and The Dead Don’t Die.

This property, worth somewhere near $4.9 Million is a sprawling 19,637 sq ft estate is in the Sneden's Landing area. A cozy get away from the hustle of the city proper, it’s a beautiful property. Neighbors are likely going to get a dose of Murray’s signature antics, if they haven't already.

Having come from a humble background, Murray is now worth over $140 Million. Ghostbusters alone earned over $229 Million and was one of the most successful comedies of its time.
Links: en.wikipedia.org
45,840 views