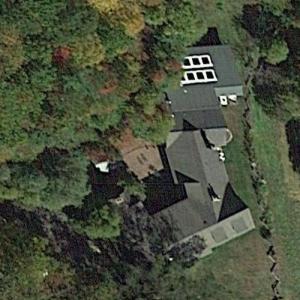 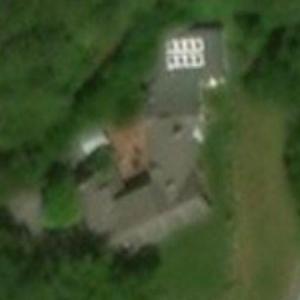 By tlp333 @ 2008-07-26 00:49:10
@ 35.64698564, -82.31924753
Montreat, North Carolina (NC), US
Billy Graham built this 200 acre mountaintop compound 20 miles ease of Asheville in Montreat, North Carolina. Montreat was created in the early 20th century as a religious retreat so it's no wonder the evangelist decided to raise a family there. Their home was a safe retreat originally constructed from two old log cabins. Graham moved his family here after too many tourists were found peering through his windows in town, across from Ruth's parents home. He enjoyed living in the quiet mountain town and the civilians revered him while ensuring he had privacy.

Billy Graham grew up on a farm close to Charlotte and moved to Montreat after marrying his soul mate, Ruth Bell, in 1943. Together they raised 5 children in the small mountain village. Graham was well known for his evangelist work. He organized hundreds of crusades over 185 countries between 1947-2005. Graham was a spiritual advisor to all the Presidents of the United States from the 33rd, Truman, all the way up to the 44th, Obama. Famous celebrities looked to him for spiritual guidance as well.

Graham sought varieties of outlets to get the message of the gospel out to as many people as he could. His estimated lifetime audience was over 2.2 billion as of 2008. Billy Graham's crusades preached the gospel in person to more than anyone else ever had in the history of Christianity. He was named one of Gallup's list of most admired people over 61 times! He was called the "Great Legitimator" by Grant Wacker. Graham was admired for his shame on racial prejudices, his call for decency, his prestige on civil events, and acceptance of wars. With all his notoriety he continued to stay humble and influence his own community touching the lives that surrounded him.

Graham died at his Montreat home on Feburary 21, 2018 at age 99 of natural causes. His wife Ruth predesceased Graham on June 14, 2007 at age 87. They had been married just shy of 64 years. Graham's net worth was estimated at $25 million making him the 6th richest pastor in America at that time.
Links: en.wikipedia.org
100,015 views